January in Edinburgh is a month of long nights and short days, so if you’re thinking about a visit to Edinburgh for a weekend break, then you’ll probably be looking for activities to keep you cosy and out of the cold. END_OF_DOCUMENT_TOKEN_TO_BE_REPLACED

The birthday of Robert Burns is most often celebrated with a Burns Supper on the 25 January each year. Although he was born in Alloway, Ayrshire, in Edinburgh we have our share of memorials and tributes END_OF_DOCUMENT_TOKEN_TO_BE_REPLACED

It was with great excitement that I read this morning that the smash-hit Lion King musical show is coming to Edinburgh from the London West End.  It is going to be the only Scottish theatre to host the show, and The Lion King will run from 12 October 2013 – 18 January 2014.  If you’d like to buy tickets, then combine them with a short break in Edinburgh, we can offer you self-catering accommodation within walking distance of the Playhouse Theatre.  Three-night city breaks during the dates when the Lion King will be featured are offered at £300 for our 4-star holiday accommodation, sleeping up to 4 people (one double and one twin room).

This could be a super opportunity for you to combine a family weekend with sightseeing during the October half-term, or a chance for friends to get together and plan some Christmas shopping as well as taking in a show. Tickets go on sale for the Lion King on 30 January 2013, and you can book your break at Craigwell Cottage by going straight through to our website. 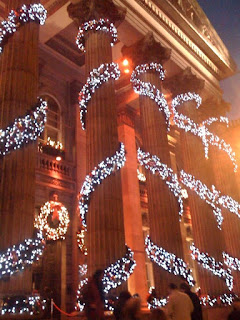