In the early 1990s, the author Diana Gabaldon started to publish what would become a long-running series of novels which are initially set in Scotland, which would introduce her readers to different periods of history; to romance and time travel. Inspired by Outlander  An eclectic mix, with the key being the strong characters at the centre of the tale.  I confess to having been a keen follower of the early novels, from Cross Stitch, which was later called Outlander, through Dragonfly in Amber, Voyager and Drums of Autumn.  Somewhere after this, life got in the way and I was to come later to the following books. The Outlander-Starz series got me back to the books, and I’ve now completed all of the main Outlander tales.  I’ve yet to fit in the reading of some of the side-stories and other tales.  To find the whole series and the short stories and novellas, I’d recommend heading over to the chronology on Diana Gabaldon’s website. 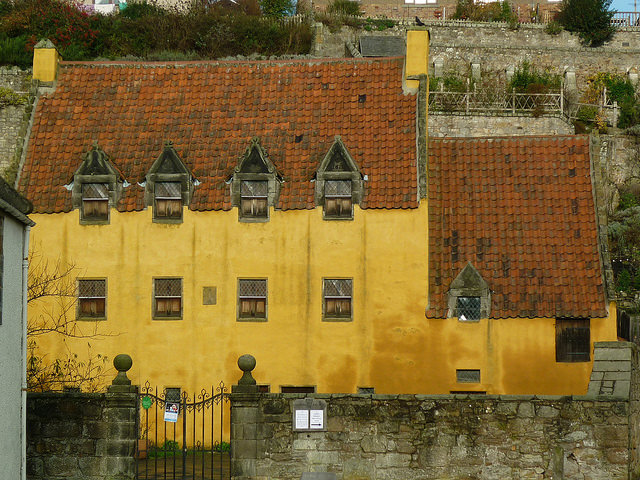 When Diana Gabaldon first wrote about her characters Jamie, Claire and the extended clans and families, she confesses she had not yet been to Scotland, and only visited after the first novel had been published and she had a contract for a series of three.  Due to the level of detail and the complexity of the first book, it took a long time and several attempts to resolve the issue that it would be very difficult to cram the events into a short two-hour movie.  It was only when the proposal to make a 16-episode series was made that it seemed that Outlander’s many fans would finally have their favourite novels brought to life.  As Diana herself says in this interview for VisitScotland, “Scotland would be as much a character in the show as any of the actual cast members”.

Walking in Claire and Jamie’s footsteps: Locations in Fife

Fast-forward to 2017: the success of the first two Outlander Starz TV series has lead to the forth being shown and the fifth about to screen on Amazon Prime in the UK in Spring 2020. The excitement for us comes in preparing to welcome visitors to Edinburgh who may have been inspired by Outlander  to come here because of their interest in the Outlander stories.

For visitors who wish to take things at their own pace, and explore the locations used in the first series, VisitScotland have produced a guide and map to many of the Outlander locations, which you can download.

Short day trips out from Edinburgh mean that many of the locations are easily accessible for visitors – try:

Other locations within easy reach for a day trip from Edinburgh

Taking a Guided Tour on the trail of Outlander

For guests who would prefer to have a guided tour which adds to the rich experience of visiting historical locations, there are several Scottish tour guides who are eager to help you make the most of your visits.  Here is a small selection for you to choose from.  Please let us know if there are others which you experience and which provide you with an exciting trip.  We’re very grateful to the Local Tourism Association from Dunfermline and West Fife who allowed me to go along to the Outlander familiarisation tour which they ran in November 2015 which allowed me to meet up with several locally based tour guides.

For those who prefer a self-guided tour in Fife, but would like some help and guidance along the way, Minikilt Tours self-drive touring guide “On the Trail of Outlander” is available to download from Amazon – you’ll find the links on Andrea’s website. 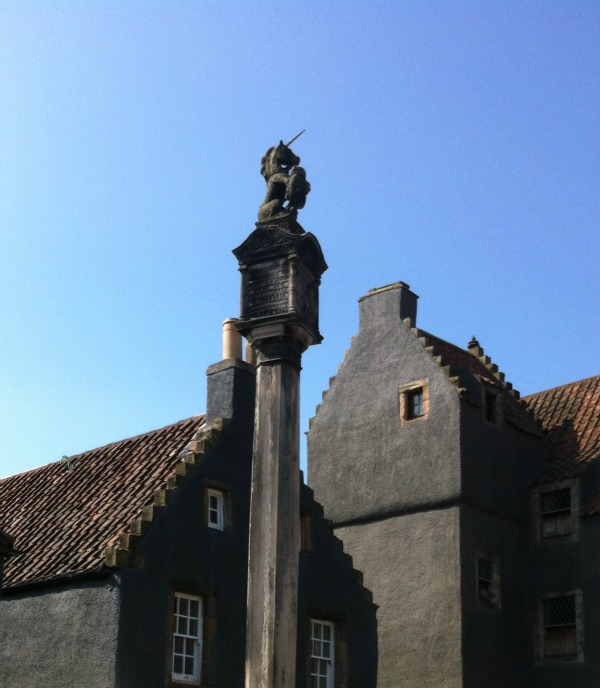 Find out more about Outlander Locations in and around Fife

Some useful links for you to help you research before your trip.

(This article was originally published on our Sandcastle Cottage, Crail site, and revised for our Edinburgh base in January 2017).

If you are an Outlander Fan planning a trip to Scotland to visit some of the film locations then read more of our blogs for some tips and suggestions.

Sketching the Outlander Trail a visit to Culross (Cranesmuir)

If you would like to read more of our blogs as you plan your trip to Edinburgh click on the link www.2edinburgh.com to return to our home page

2 thoughts on “Inspired by Outlander? Trips to Outlander Filming Locations”