An Autumn Drive to Dunkeld from Edinburgh

With a base in the city centre, some visitors who come to Edinburgh by car like to take day trips around Scotland, so this autumn we decided to head out to Perthshire to do some exploring. It takes around 1.5 hours to travel to Dunkeld from Edinburgh.  It’s just under 60 miles and the most direct route is to cross the Queensferry Crossing taking the M90 to Perth, then continue on the A9 to Dunkeld where the turning into the town is marked. 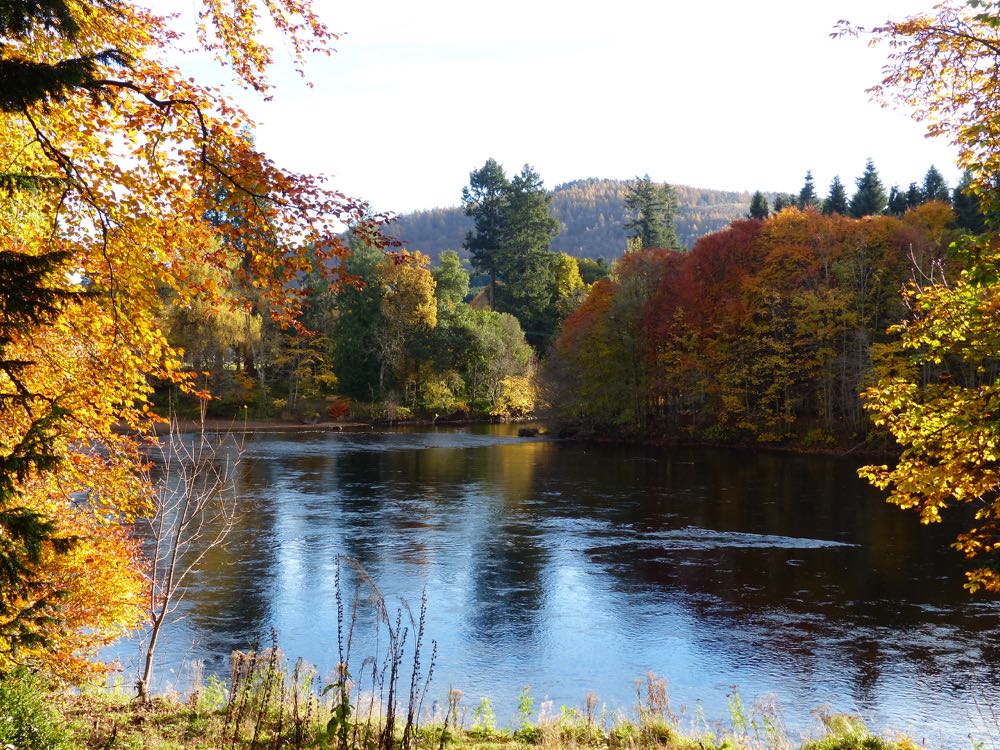 We set off late morning, arriving in Dunkeld around 11:45, so decided to find a place for lunch first.  Paid parking was available by the riverside.  Signposts in the street directed us to a cafe near Dunkeld Cathedral, where we had a quick bite to eat and then strolled around the grounds of the Cathedral.  At this point, we abandoned our plans to head to The Hermitage for a walk, opting instead to stroll by the River Tay.  Signposts by the Cathedral led us to a walk up river. 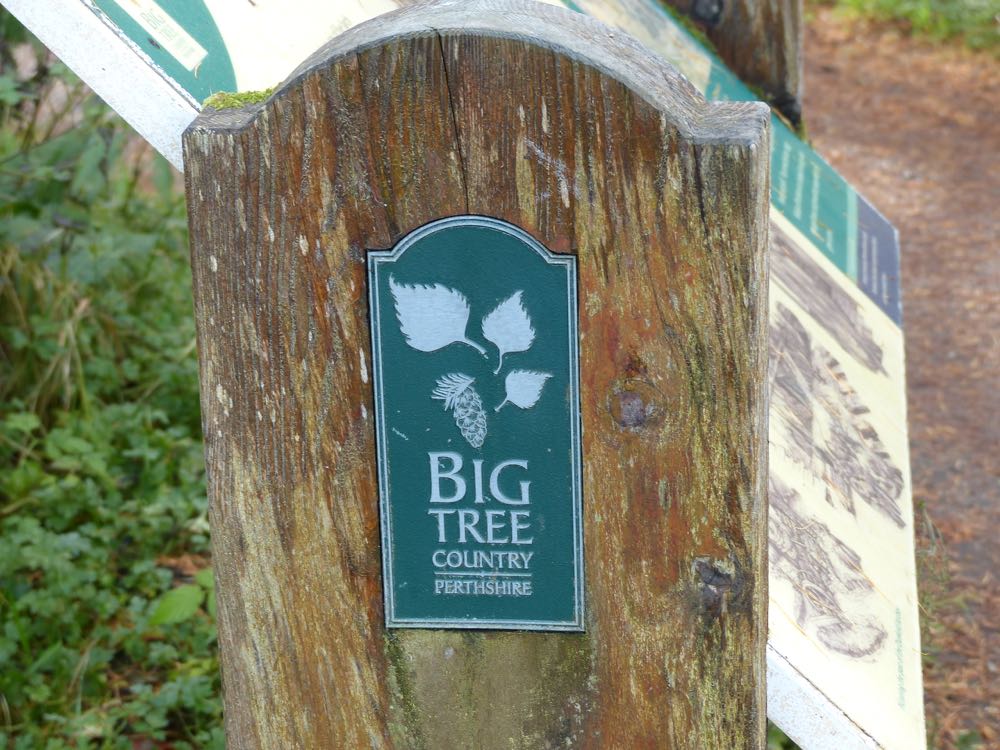 Without a real plan for the day, we’d stumbled on some easy to follow way-marked routes around Dunkeld. We could see views to open countryside, and glorious colours.  The trees were marked with information about the varieties, and the history of the plant hunters of the 1800s. 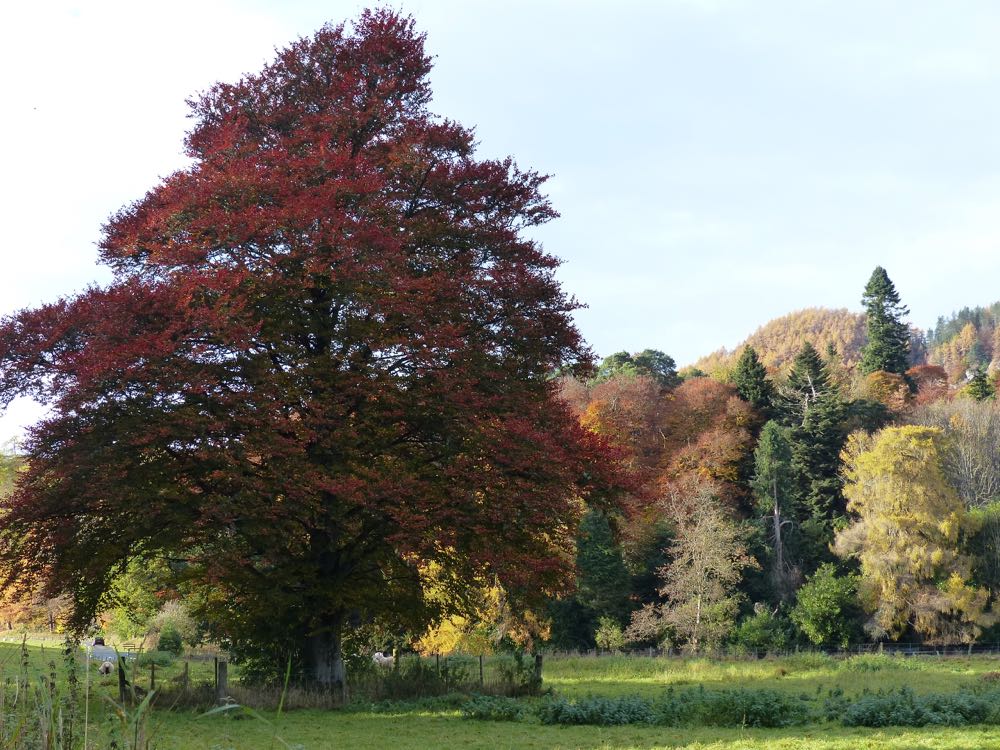 Access directly to the banks of the River Tay gave us plenty of chances to see the colours of the trees reflected in the river. 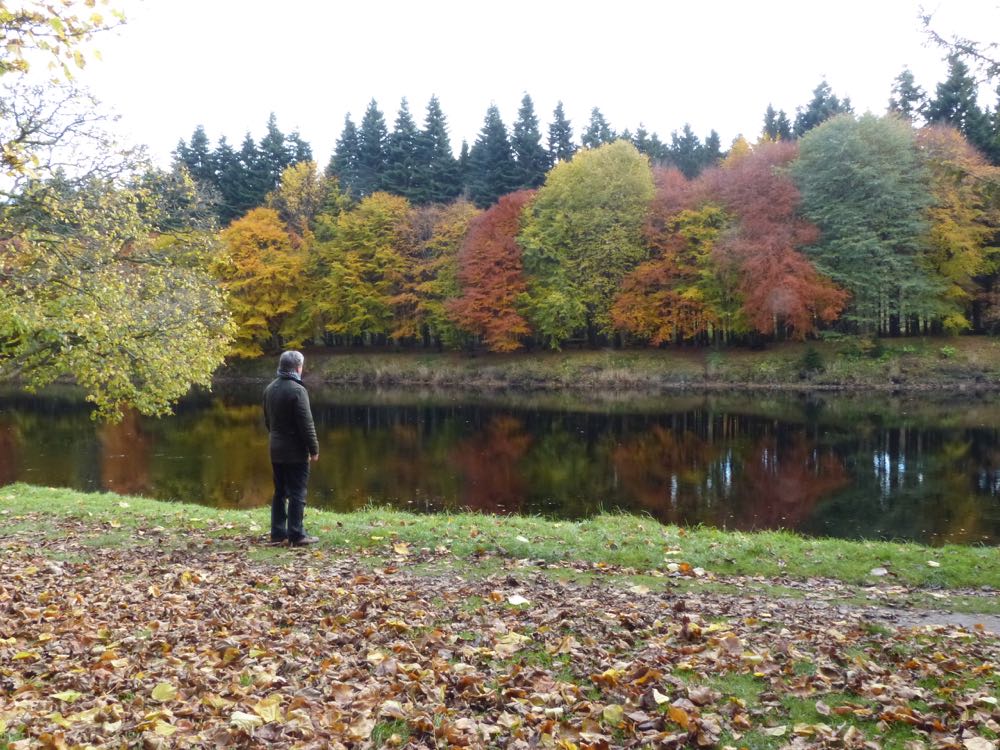 There were quirky things to find, like the East Grotto – a little place for fishermen to hide out? 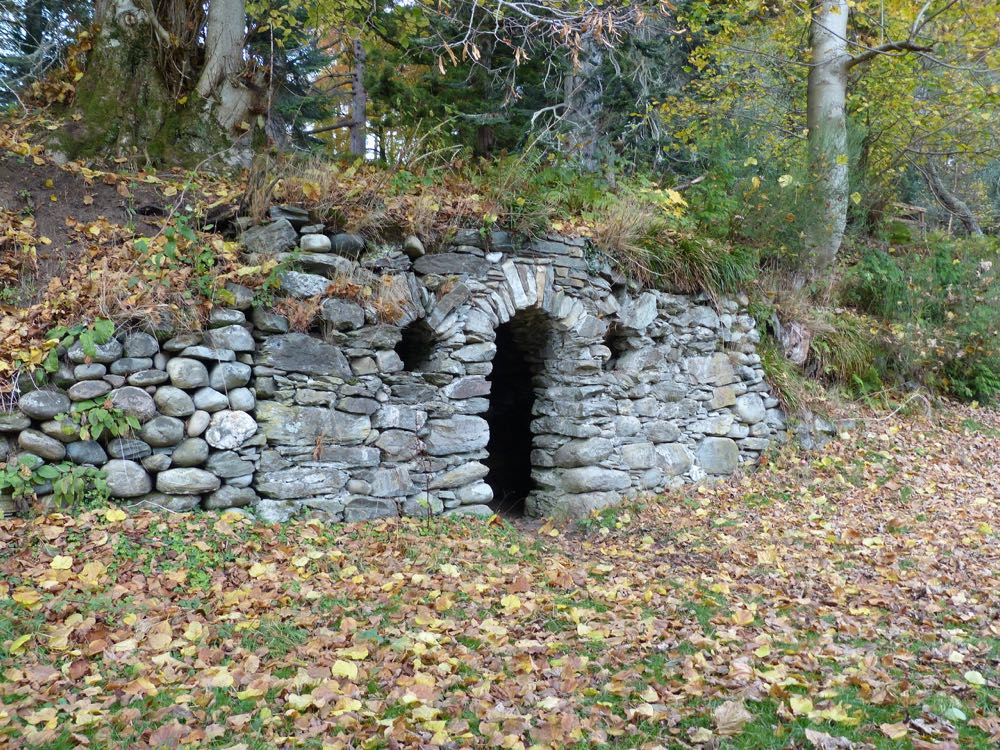 We also saw glorious views towards the hills and back towards the bridge over the Tay (built by Thomas Telford in 1809) which we’d crossed to reach Dunkeld. 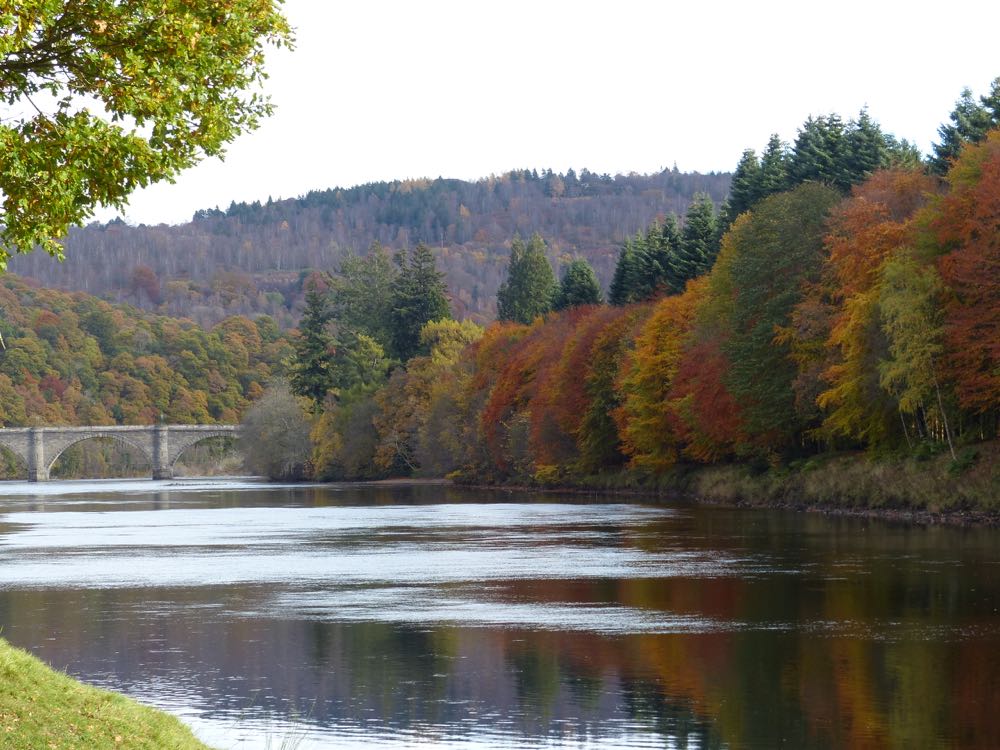 A spot of zooming in with my camera to capture more of those rich colours framed in the bridge.  I think we were maybe here just in time in the first week of November.  Maybe a week earlier and there would have been more leaves to see? 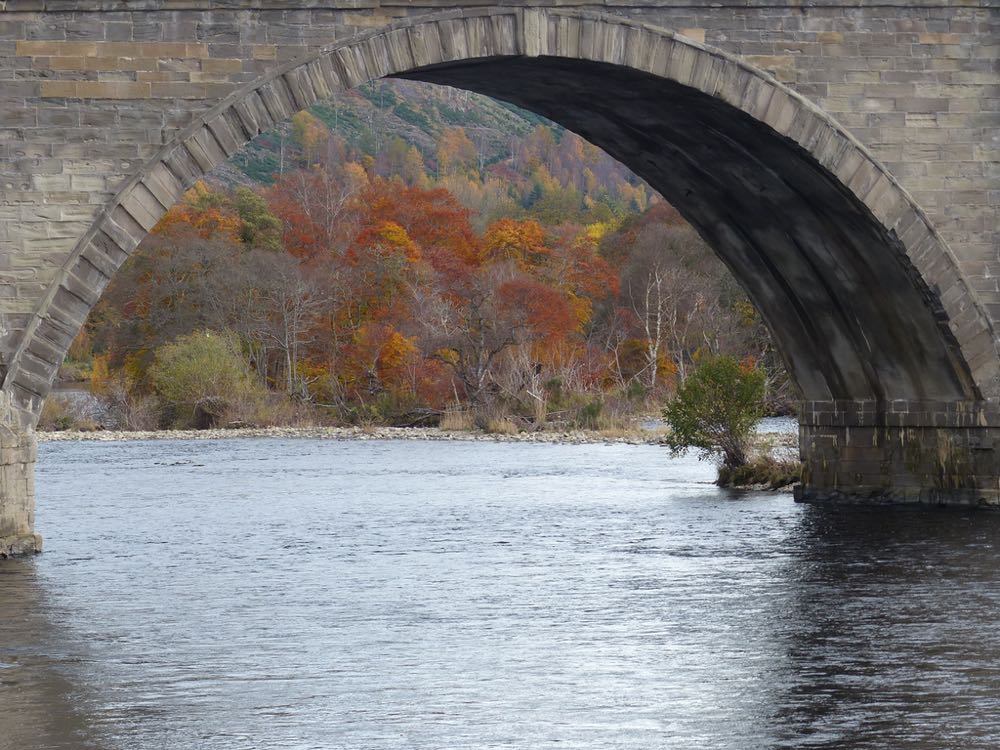 At the Chestnut Tree Pool we heard the sound of a large salmon leaping from the water.  I was too busy working out the framing for this photograph to actually see the fish, but Sandy spotted it! 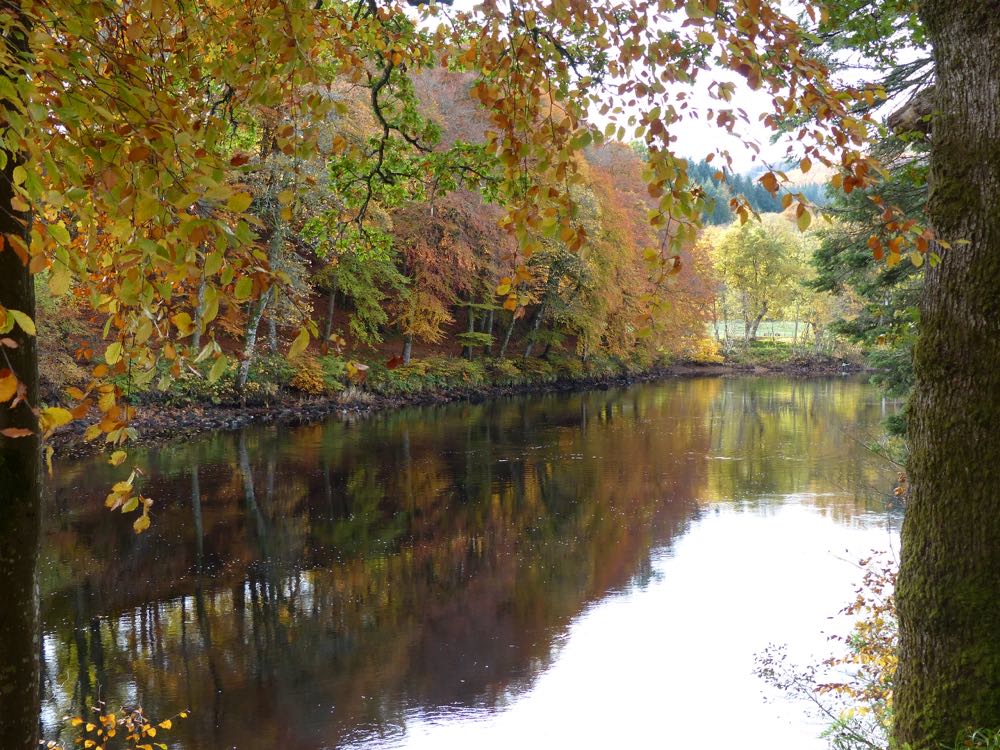 There were other photographers around capturing their own images  of the beauty which surrounded us, and I thought including one in this scene below would help give you some idea of the scale of the trees too.  There were some immense specimens in this part of Big Tree Country! 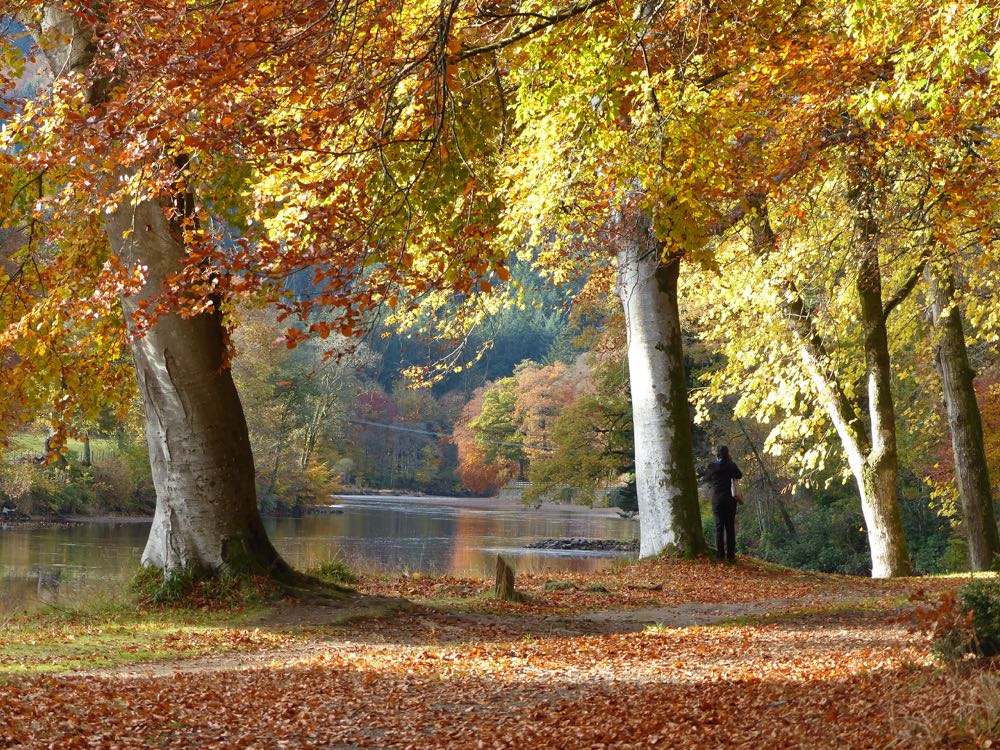 For those so inclined, there were spots to sit and just enjoy the scene, but we were getting a little chilly by this time. We had been a little remiss in only paying for 2 hours worth of parking (as we had intended going off to The Hermitage later). Our walk was cut short as we had to scurry back to the car rather than continuing on up to Dunkeld House Hotel.  We’ll have to leave that for a return visit. 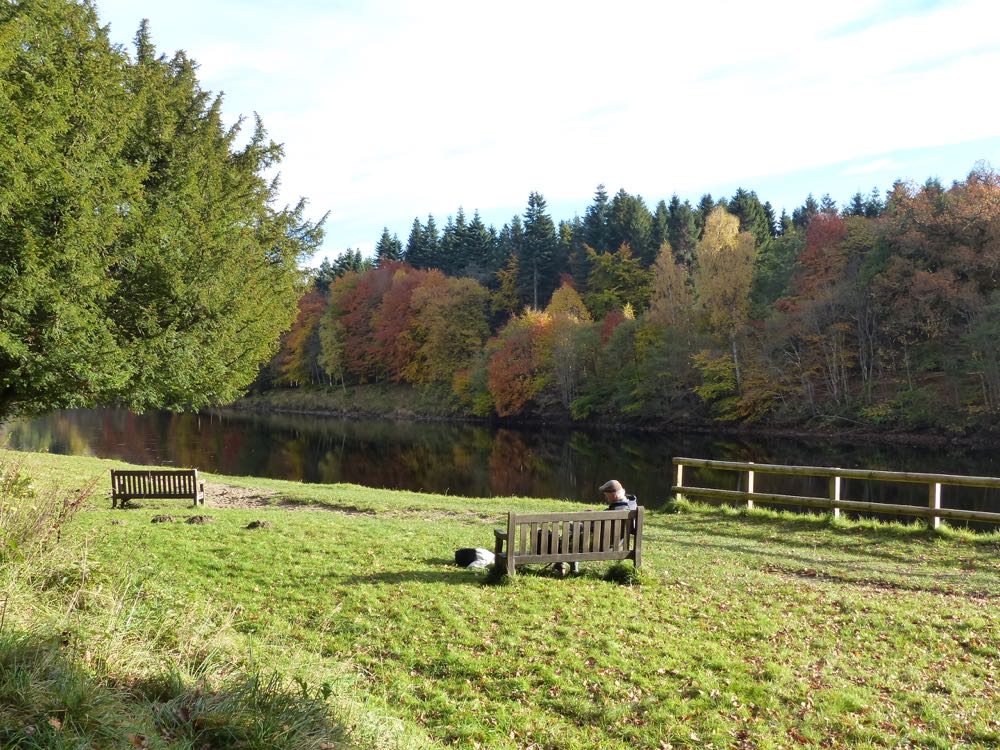 For my final photo selection, I thought I’d choose this one of the light coming through lime leaves which were looking particularly green and bright as the sun began to sink on this beautiful autumn day.  Just beside the tree was an information sign which helped identify the type of tree and provided some useful facts.  This is not the type of lime tree which produces the small green fruits (which only grow in much warmer climates), but the thing I was interested to discover was that the flowers of the lime tree can be used to make a sweet tea.  Bees love the nectar of the lime flower. 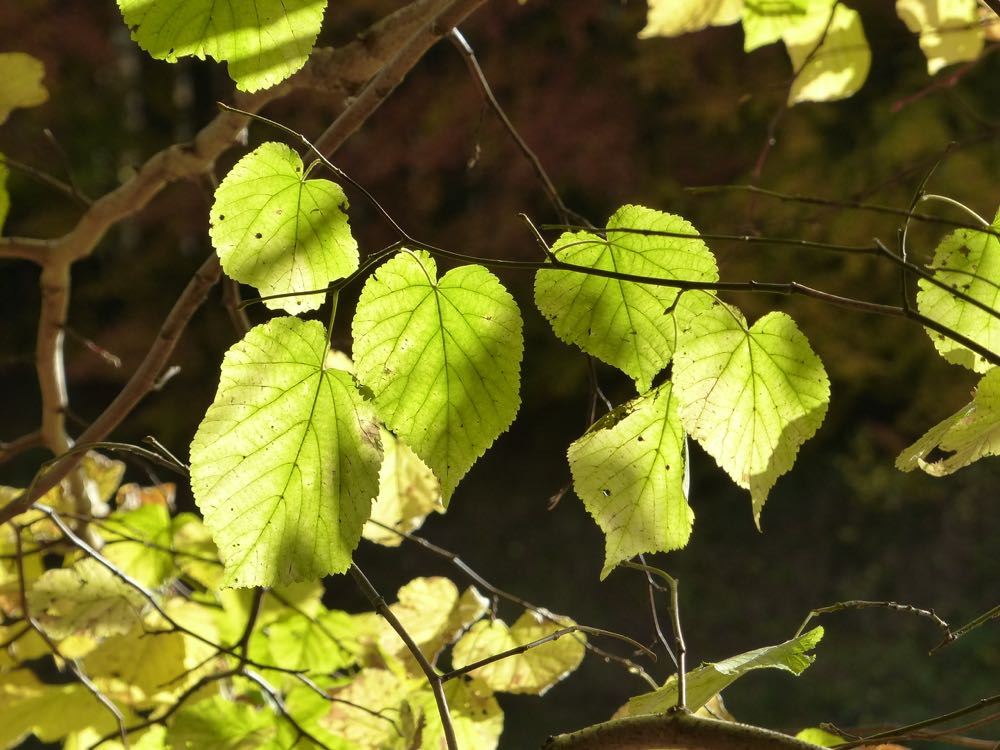 More to explore in Perthshire on a day trip from Edinburgh

Discover Big Tree Country in Dunkeld, with lots of walks around the River Tay.

Take a look at this video of Big Tree Country, Perthshire to find out more:

Visit The Hermitage, close to Dunkeld where you can walk in the woods and in autumn see salmon leaping.

Find out what life was like 2,500 years ago in Perthshire at the Scottish Crannog Centre

If you have enjoyed reading this blog and want to read more of our blogs on tips and suggestions on what you can do on a visit to Edinburgh click on this link www.2edinburgh.com to return to our home page.

Pin it for later: Visit Big Tree Country in Dunkeld 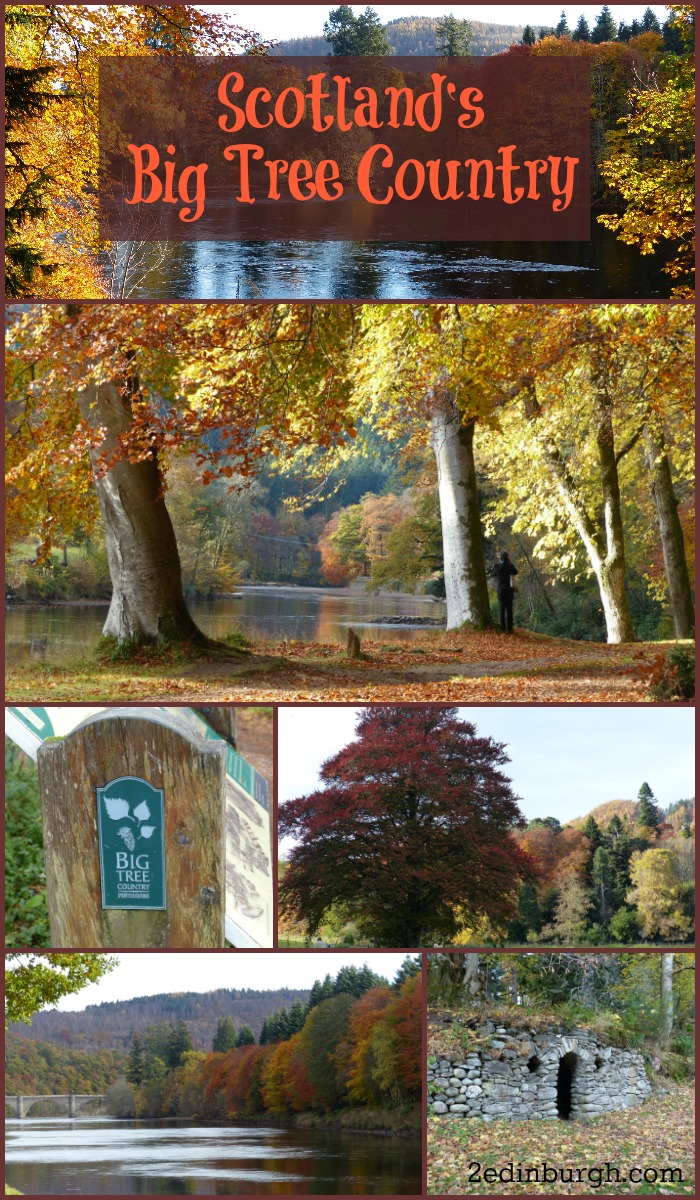