January in Edinburgh is a month of long nights and short days, so if you’re thinking about a visit to Edinburgh for a weekend break, then you’ll probably be looking for activities to keep you cosy and out of the cold.

Over the many years when we ran our self catering business our self-catering business in Edinburgh we often welcomed visitors from Australia or New Zealand during January – escaping from the soaring temperatures at home, or extending a family stay over Christmas and New Year to see more of what’s on offer in Edinburgh.  Coming to the city to do genealogical research, or visit places which are important for a family history are other popular reasons to be here in the first month of the year.

But if you’ve a little more time on your hands to explore Edinburgh, here are some ideas of things to do on a weekend break in Edinburgh.

Visit the Turner in January exhibition

Every January, as a result of a bequest by the distinguished collector Henry Vaughan, his collection of Turner Watercolours are exhibited at the National Gallery of Scotland.  You can walk there easily from Waverley Station or a quick sprint across the eastern end of Princes Street Gardens if the weather’s particularly bitter. 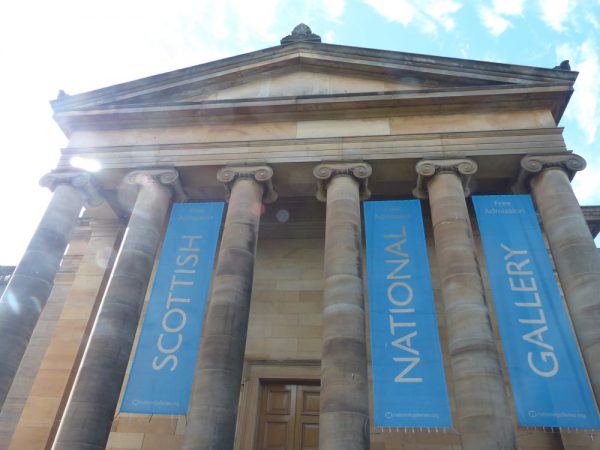 See the Faces of Scotland at the Scottish National Portrait Gallery 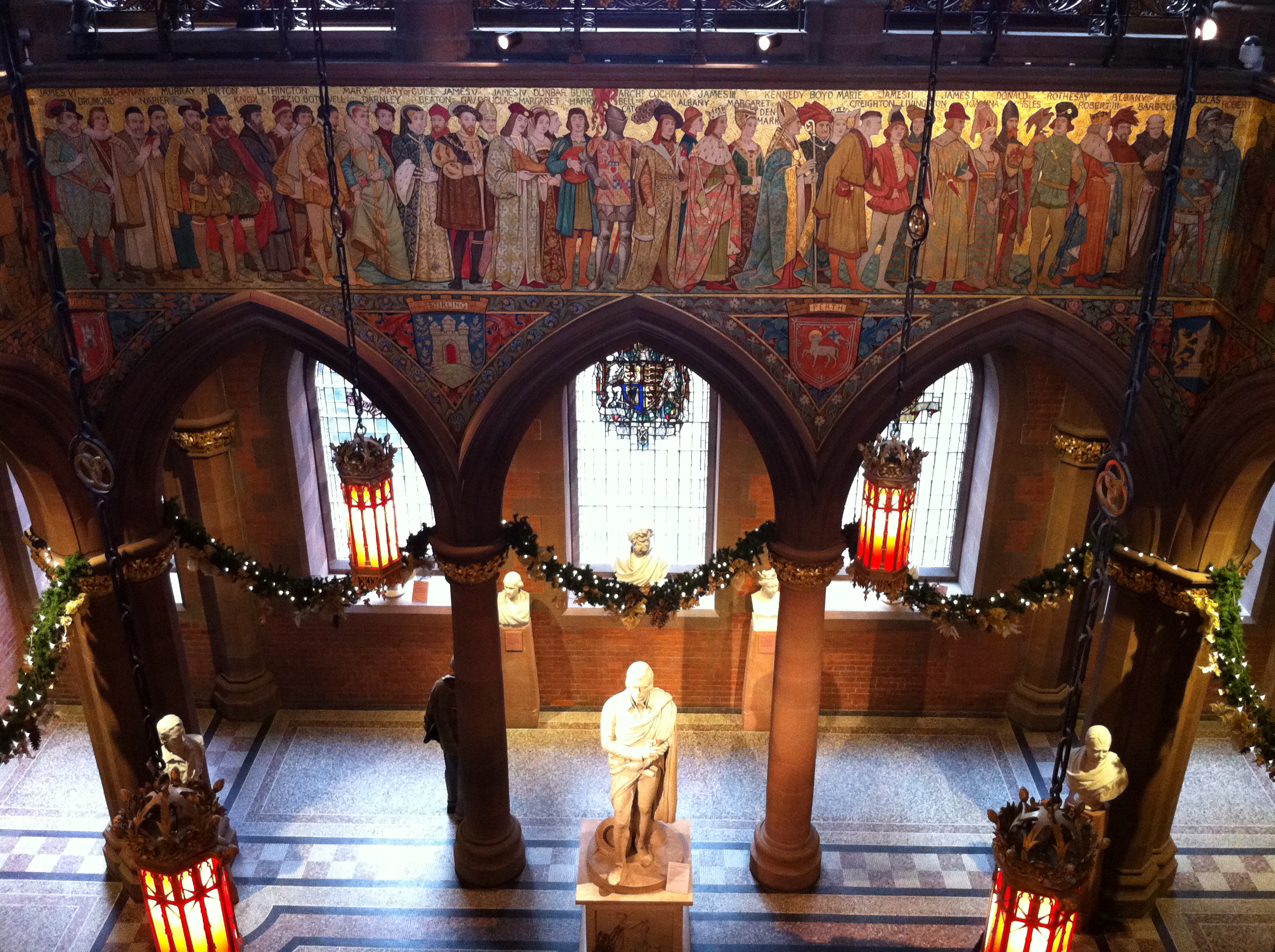 Characters from Scottish History at the Scottish National Portrait Gallery

Keeping the theme of galleries, we were so pleased to have the Scottish National Portrait Gallery and are frequent visitors to the regularly changing exhibitions.  The recent renovation work has really managed to reveal the beauty of what had been a tired looking Victorian sandstone structure. The clever use of internal partitions has increased the hanging space in the gallery hugely, and there are great views from the now accessible windows.  I really liked looking at paintings including seascapes of Fife and the Firth of Forth, and then being able to look out of the windows to see the modern-day view.

As Scots, our thoughts in January turn to the celebration of Burns Night, of which more below, but while in the Scottish National Portrait Gallery you can find the statue of Robert Burns in the entrance hallway, and elsewhere in the gallery a portrait of his sister Isabella Burns Begg 1771-1858 – the youngest sister of Robert Burns. He asked her to sing his songs so he could hear how they sounded. Painted by several artists and photographed by Robert Adamson and David Octavius Hill, the portrait on display is by William Bonnar. 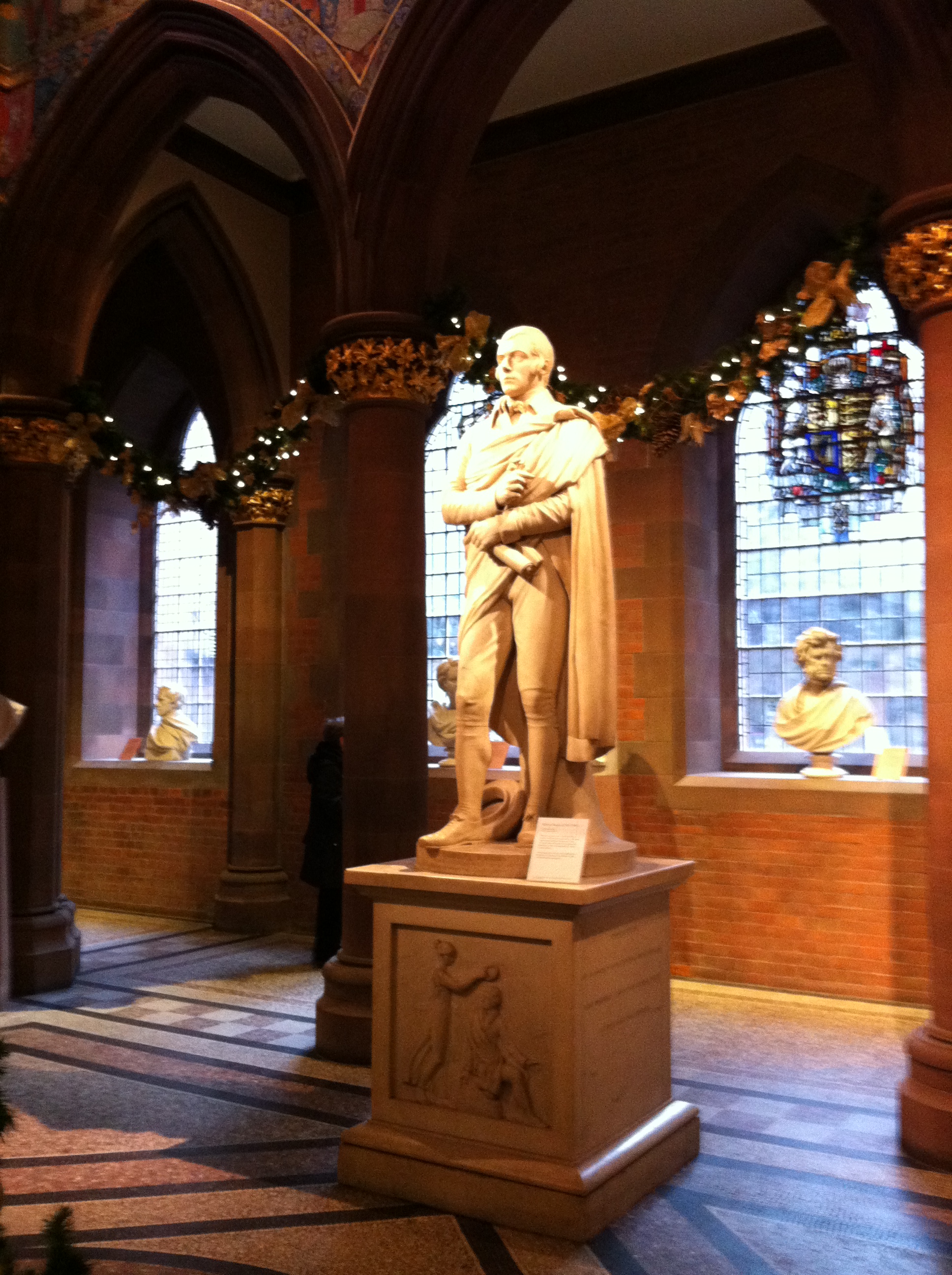 The statue was commissioned originally to be sited in the Burns Monument on Regent Road.

If you’re taking a weekend break with children in Edinburgh, then they can have fun choosing which works of art in the collection most resemble them (actually, this one’s not just for the kids as I had good fun with it too!) You use a touch-screen computer display to pick a work of art which most resembles the things you love.

The Scottish National Portrait Gallery is situated on Queen Street. Two minutes walk from the tram stop in St Andrews Square and Princes Street.  This time the top tip is that the shops will still be there on the way back, so don’t get diverted by all those January sales bargains on offer!

Oh, and a quick personal recommendation if you find the cafe in the Portrait Gallery too crowded (it’s the ‘in’ place for meeting up at the moment and can be a bit busy) – we’ve loved Henderson’s Restaurant and Bar for many years – a vegetarian haven in the city centre where you can descend to the cosy basement and find some veggie comfort food.  It’s close enough to pop out and return for more at the Portrait Gallery after lunch.

Go on a hunt for the Best Hot Chocolate in Edinburgh

A great way to keep warm when out and about sightseeing in Edinburgh in January is to start a search for the Best Hot Chocolate in Edinburgh – The List has suggestions for Edinburgh and Glasgow, and we’d love it if you could let us know which one you enjoyed the most. 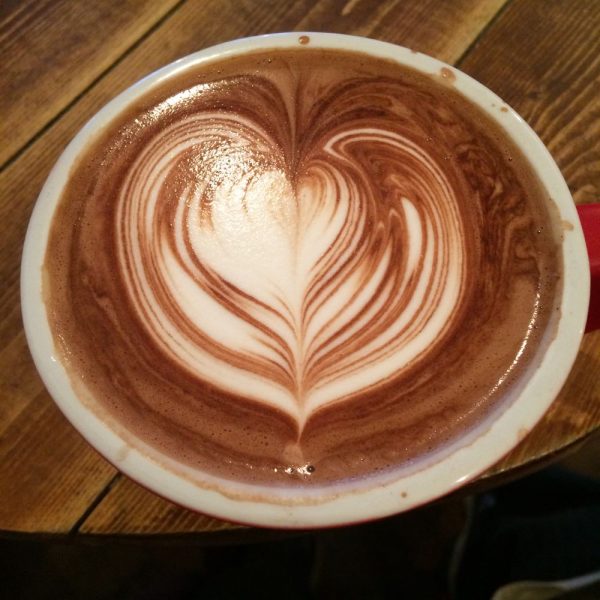 Visit the street in Edinburgh where it never rains, snows, hails or gets frosty!

A must at any time of year is a visit to Mary Kings Close, a good way to find out more about how the people of Edinburgh’s Old Town lived before the planned expansion of the city to the broad New Town streets.  If you’ve found members of your family tree who were at one time resident in one of the many “closes” (narrow streets and lanes) running off the Royal Mile, then a visit to Mary King’s Close can give you real insight into how people lived in these streets in olden days.  Some of my ancestors lived in the street which used to be called ‘South Back of Canongate’ and is now Holyrood Road (where you can find the offices of The Scotsman as well as Dynamic Earth), so when I visited Mary King’s Close when our son was studying the Royal Mile for his school project, it was fascinating to see the set up of rooms and cramped conditions which would have prevailed at the time when my ancestors lived near by. Visits are by way of small group tours, with a tour guide playing the part of a historical character and telling tales of days gone by – particularly the time when the plague known as the Black Death swept through Europe.

You will find Mary King’s Close by the City Chambers and near St Giles Cathedral, the High Kirk of Edinburgh on the Royal Mile.

Celebrate the life of Scotland’s Bard – Burns Night in Edinburgh

Although Robert Burns is primarily associated with Ayrshire, he did visit Edinburgh, and you can find out more about Robert Burns, his life and works at The Writers’ Museum in Lady Stair’s Close off the Royal Mile.  Scots still celebrate the birthday of Robert Burns on 25 January with poetry reading, singing songs, and gathering with friends for a traditional Burns Supper.  While visiting Edinburgh you might like to book a Burns Supper at one of our recommendations.  Burns visited Edinburgh on several occasions during his lifetime, and there are several ways you can discover more about his connections to Edinburgh.

Visit the National Museum of Scotland

If immersing yourself in the art and literature of Edinburgh has got you inspired, you might like to spend part of your weekend at another famous and recently refurbished one of Scotland’s public buildings – the National Museum of Scotland which has welcomed over 1 million visitors since it opened again in July 2010, and then opened more new galleries in July 2016.

The National Museum of Scotland is situated in Chambers Street. If you’ve young children with you on your weekend in Edinburgh, then this may be the place to visit as there are lots of exhibits to keep them amused. This is one place of the many places you definitely won’t finish exploring in one weekend, and you’ll hopefully want to come back again in the future.

We do hope you’ve enjoyed reading our selection of things to do on a January weekend break in Edinburgh.

If you want to read more of our blogs then click this link www.2edinburgh.com to return to our home page.

If you’ve visited Edinburgh in January and have other great suggestions which we could include for next year, we’d love it if you’d leave a comment for us.

And if you can’t visit in January, but would like to find out more about trip planning for a visit to Edinburgh this year, then we’ve got lots of ideas here.