Prepare to be surprised by the discoveries you make during Previously…Scotland’s History Festival. 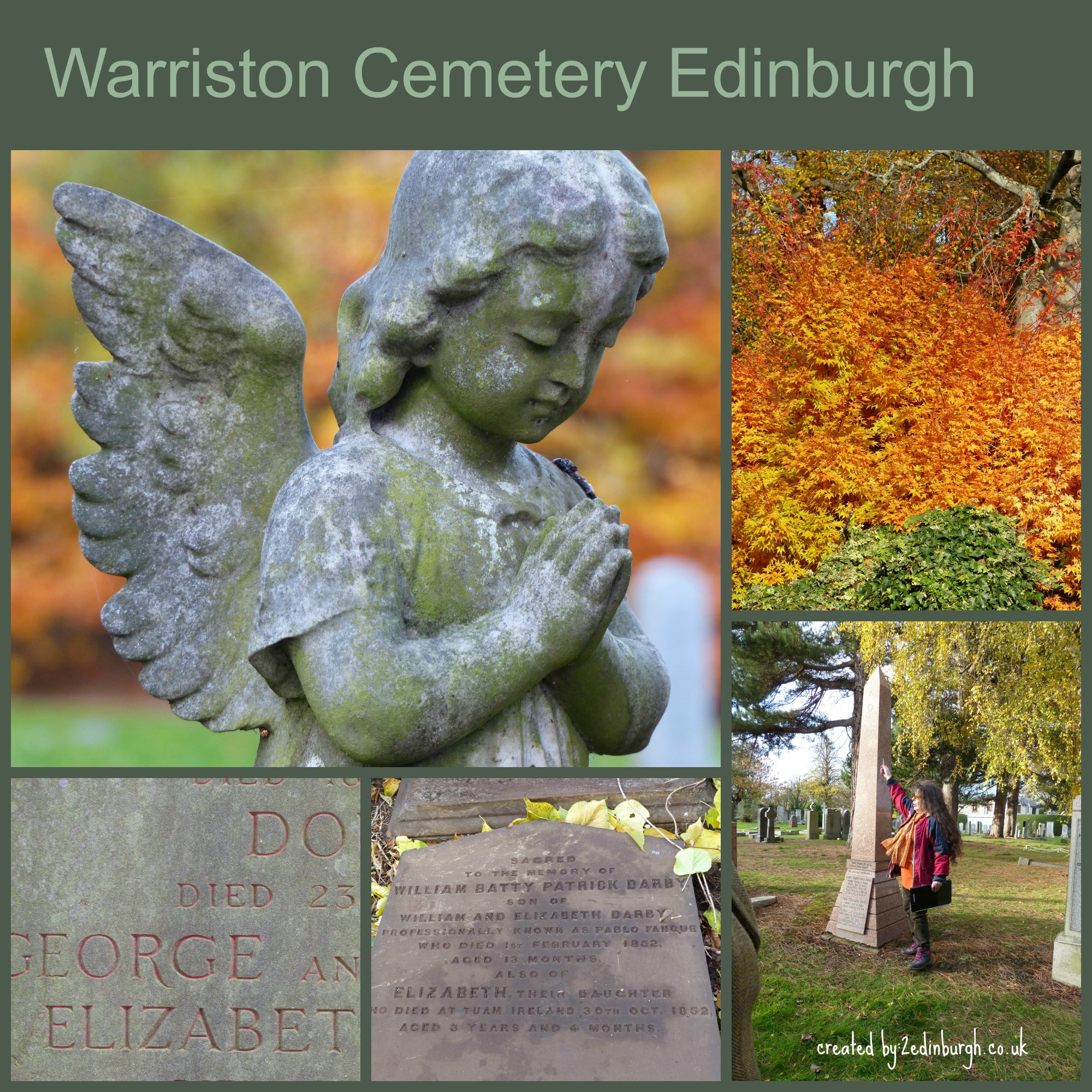 Genealogical research can lead one in so many different directions, and is a hobby which has been growing over the years with programmes such as “Who do you Think You Are” demonstrating the incredible stories which make a family history.  I’ve dabbled with collecting stories from my own family history over the years: having conversations with relatives and snatching time every so often to work on a particularly stubborn bit of the story where I get stuck and can’t get further. There’s one particular ancestor who had 12 children and who lived from 1870 – 1945 whose story pulls me back every time I pick up the threads to continue my research.

On arrival at the event, we were offered the opportunity to contribute an additional £2 over our ticket price (of £4) for the tour to become a Friend of Warriston.  As I’d already seen some of the work the group are doing, I was happy to make this small donation.  The tour on the 16th November 2013 was the first of two being offered.  The next is on 30th November 2013.

One of the surprises about the tour of a graveyard was that it wasn’t at all gloomy! Caroline has such enthusiasm for her subject, and told stories of astronomers and Celtic crosses, solicitors and architects, flora and fauna, musicians and anesthetists – as well as giving some quick sketches of the great and the good of Edinburgh’s bygone days.

The connection to the Beatles song from which I’ve taken the title for this post is the stuff of urban legend.  One of the graves which has been recently uncovered by the work undertaken by the Friends of Warriston Cemetery in cutting back ivy from memorials which had disappeared has the following inscription:

It’s the PABLO FANQUE name which takes this headstone from a memorial of family tragedy to the connection to John Lennon and the Beatles… for Mr Fanque was a Circus Proprietor for 30 years in the golden age of the circus, and is quoted in the song from Sgt Pepper, “For the benefit of Mr Kite” for which John Lennon took inspiration from  a poster advertising one of Pablo Fanque’s Circus Performances. The lyrics include the lines:

For the benefit of Mr. Kite
There will be a show tonight on trampoline
The Hendersons will all be there
Late of Pablo Fanque’s Fair, what a scene

An inspiring tour from Caroline Gerard whose stories brought the walk to life.  Her enthusiasm for the subjects shone through, for the human and social history; the biodiversity of the area; and the craft of the sculptors on display in the graveyard.  Thanks Caroline!  I’ll be returning to other aspects of this tour in future blogs.

If you’re inspired to come to Edinburgh to find out more about your own family history, consider coming during November when Previously…Scotland’s History Festival takes place – experts like Caroline are a joy to meet and learn from and could help you take further steps in your own research.

We do hope that you’ll get in touch in your search for accommodation – Craigwell Cottage is very conveniently situated for researching at Scotland’s People Centre (under 15 minutes walk) as well as being next door to New Calton burial ground – a subject for another day.